We can maybe understand something about Marioji  reading what some Indian Gurus say about him. 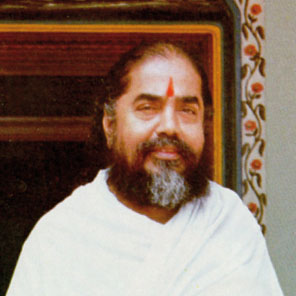 “You have been very lucky to meet Marioji, it doesn’t happen to everybody, and you don’t have to throw this chance away. Without a Guru’s guide, the spiritual path is very hard, that’s why God sent Marioji to help you. Stay close to him and protect him, because he will need it. Be united and You will gain a great strength. Armonia will grow up and with his presence you will reach the knowledge of the Self.

When Sri Tiruchi came back to Noale to attend the First Meditation and Prayer Convention “From hope to Peace” (1995), he publicly reiterated the same words getting deeper: “You are very lucky to have Marioji as a Guru here in Noale. You have to nestle him because he was sent by God to help you along your spiritual path. He knows what he has to do: God speaks through him. Almost all the great Spiritual Guides, such as Jusus, Muhammad, Guru Nanak, Mevlana, were born in poor families living in small villages and often did humble professions: they have been peasants, shepherds…

They all have taught with humility and love, like Marioji does. Hard times have to come: there will be someone attacking Marioji pushed by envy and fear. Stay united, Armonia will grow everywhere, you will be a lot. As San Francesco’s teachings were misunderstood while he was still alive, so Marioji activity will be completely understood only in the next third or fourth generation. He is working for the real peace, the one that everybody builds in him/herself. Every Spiritual Guide comes to the Earth for compassion and with one specific aim. The aim that God gave to Marioji is to open the spiritual road. He has the humility of those who know Love”.

..Baba Balak Nath, a pure heart, showed us a mole in his leg and pointed where Marioji has a similar one, explaining us that that was the sign distinguishing the Nath or “Guru of Fire” (from the book In Viaggio con Marioji e Grazia).
“Marioji came back to the Earth for compassion and for helping women and men to find themselves. Somebody will try to hold him back from this aim because he teaches to human beings to become free, to see things and events from a new point of view, awakening their awareness with the Energy of Love”. 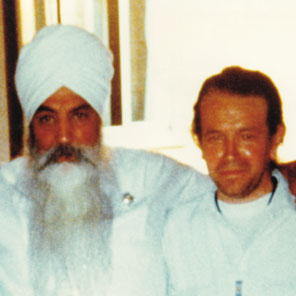 During a meeting with Yogi Bajan in Assisi: “I have already told you that you will not need my prophecies anymore. I helped you when you wanted to create a group and you only had a hundred people around you. This was my task and today it is accomplished. Now You are my Spiritual Guide.”

And turning to Grazia, Marioji’s partner in many many lives: “You are as strong as iron, always support him!”, he said imperatively. But there was more to say. Yogi Bajan took the inseparable glass of milk and, nearly shouting, said: “Swear!”, he put Marioji’s hand on the glass: “Swear you will not give up! Don’t worry about anything. You only needed me when you wanted to give up”. After Marioji took the oath, he drank the milk and said: “And now begin to act like a Guru”.